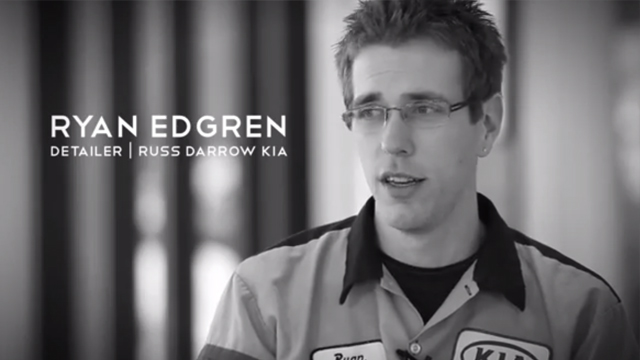 A vehicle is not just a piece of metal, it's a story, it's a memory maker, it's a guardian, it's you!

I started getting into cars during High School. I was really into music at the time, but once I was able to take some classes and started driving, my interest for cars started growing. When I bought my first Honda Civic, 1993 LX 4 door sedan, I started hanging out with my buddy that lived down the street who owned a similar vehicle, and we just hit it off. He taught me some of what he knew at the time, and the rest I learned as time went on. I would take things apart just to figure out if I could put them back together. Eventually I bought a new motor for that car and we took a full day and made it a project, and with the tools we had on hand, we were able to complete a motor swap and added a few new things as well, like a new exhaust, suspension, and so on. Then, as time went on, my cousin (who also had an interest in cars) and I started sharing our stories about projects we worked on and actually started talking more and more about cars together, even had him come down to where I was living at the time and had him work on a few cars for people I knew. Our passion for cars really brought us closer, and to be honest, it was actually quite nice to have someone in the family to talk to about cars and what not and actually understood the concept behind what I was even talking about. But a few months ago, my cousin lost his life. It was really hard on his family, and took its toll on the rest of the family, including me. It still feels like he is still with us, but in reality, we know he’s not. I haven’t put as much effort into cars as I used to lately, and at times I catch myself talking to him when I am working on a project. Currently I work at a dealership in the body shop Detailing cars. Also have my own side Detailing business that I started a few years ago. Cars to me isn’t just about projects and making money, it’s a way of life. Being able to custom install something into a car, to even detailing it to bring back years of wear and tear and make it look like a new car again, is almost, in my eyes, a form of art. The way a car is, runs, and looks, tells a lot about a person and the owner of the vehicle, as well as the technician or detailer who put time and effort into it. There are times I catch myself getting upset from the way some people treat their automobile, like its just a piece of metal or plastic that you get in and just drive. A vehicle is not just a piece of metal, it’s a story, it’s a memory maker, it’s a guardian, it’s you! At least that’s how I look at it. I don’t think winning anything in this giveaway would just be something you can say, “cool, I won something.” No, it would be an adventure, it would be something that has meaning behind it. I think it would be awesome to win simply because I would be able to take my cousin’s little brother (who has had the biggest impact from his older brother’s passing) and make a memory for him, or to just be able to do something in my cousin’s honor to remember him by. It would be something special, not just a prize that was won. That is why I would be honored to win something in this giveaway. Thank you for your time and the opportunity to make my dream of seeing a race in real life, or even just winning something I could give to my cousin.

Think you have story that's better than Ryan Edgren's?

Tell Us Your Story!